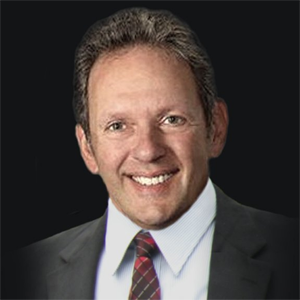 Stephen Orenberg has been a senior executive and advisor in the Cybersecurity market for over 20 years, with his operations providing effective and efficient security solutions across the full spectrum of business, consumer, and government organizations.

His accomplishments include launching and building North American operations for internationally based security companies from the United Kingdom, Israel, and Eastern Europe. Most notably, Orenberg spent 10 years as the President of Kaspersky Lab, Inc., where he founded the company’s North American operation and grew it into a $160+ million plus concern. Orenberg’s leadership grew Kaspersky into the position of number one vendor partner in corporate and government enterprise client security software, and Orenberg had been named one of the industry’s most influential channel executives by CRN.  Most recently Steve served as interim CEO of EdgeWave in San Diego. He previously held executive positions with internet security companies such as Sophos and Dr. Solomon’s Software, which was acquired by McAfee (now Intel Security) in 1998.

PartnerOptimizer Founder and CEO, Dina Moskowitz, commented, “I’ve known Steve for some time, and it’s genuinely an honor and privilege to have him now join our Strategic Advisory Board.  There is no doubt that he will be instrumental in the success of PartnerOptimizer as we bring our AI-driving channel intelligence platform and solutions to market, particularly within the Cybersecurity, Cloud and IoT sectors.”

Stephen Orenberg added, “With their PartnerOptimizer platform, the PartnerOptimizer Team has hit upon a truly unmet need in the Technology Channel and has the opportunity to modernize how Channel teams ideate channel growth strategies, recruit partners, grade partners and enable them.  I anticipate that PartnerOptimizer will eventually become the defacto standard for partner discovery.”

PreviousThe Secret To Recruiting The Right Reseller Channel Partners
NextRECORDED BY PartnerOptimizer: A Channel Chief and a Solution Provider Walk Into a Webin-Bar…

Decide which cookies you want to allow. You can change these settings at any time. However, this can result in some functions no longer being available. For information on deleting the cookies, please consult your browser’s help function. Learn more about the cookies we use.

With the slider, you can enable or disable different types of cookies: